Your Comprehensive Guide To The Best Music Player For Mac

As they say, music is the universal language of mankind. Everybody loves to listen to music. And it seems like it’s not stopping at any point in time. Music may motivate you, make you sad, make you feel happy, or even calm your nerves down. As such, if you are a Mac user, you may want to know the best music player for Mac. An excellent music player should support multiple audio formats. In addition, it should allow you to create playlists and personalization. An in-built audio equalizer is a great thing to have too.

Part 1. What To Look For In The Best Music Player For Mac?

Choosing the best music player for Mac is no easy task. You have to make sure it has the right features and capabilities to give you the best listening experience possible. Below are the features you should look out for in a music player:

It’s not enough that the music player supports MP3. It should also support a lot of the file formats that are not popular. These may include PCM, WAV, AIFF, AAC, OGG, WMA, FLAC, ALAC, and WMA (Lossless) among others.

If you are a fan of streaming to local files such as a TV, a media player, or Chromecast, then this should be a feature you should look out for in your best music player for Mac. This will allow you to play the songs on another device through a Wi-Fi or Bluetooth connection.

Personalization comes in many forms. For one, this includes having themes for your music player. Or, you can customize settings to your liking. As such, this is a good thing to have if you’re looking for a music player for Mac.

Who doesn’t like playlists? It allows you to curate songs based on your liking, based on random things, or based on genre. This is a great way to make sure you only hear the songs that you want for a particular playlist.

When a tune is out of tune, then it doesn’t sound great. You may want an audio fine tuner for your music player, especially if you are really into music.

An audio equalizer will help you adjust the volume of specific frequencies. If you really love music, you should select the best music player for Mac with an in-built audio tuner. You can also use it to adjust your settings based on what you want from the music you’re playing.

Adjustments of audio playback may mean many things. Of course, you may want to play, pause, stop, hit next, and hit previously. You may also want to adjust the speed and volume levels of the music you’re playing. These are things to look out for in a music player.

Do you want to hear a song that’s muffled or doesn’t sound right? Of course, you want your song to play in high quality. That’s why you must opt for a Mac music player that offers playback in high-resolution. This will help you enjoy music more.

Part 2. The Best Music Player For Mac: A Comprehensive List

Here, we will discuss a list of the best music player for Mac. Most of them have almost all of the features we have listed above. These features are important to give you the best music listening experience possible. Check out our list below.

This is one of the best music players for Mac. It has an interface that is stylish and smooth. In addition, it offers features that are unique from that of Apple Music. In addition, the appearance blends smoothly with your macOS interface. You can easily create and sort playlists based on categories. Intuitive controls allow you to manage your listening experience better. It has a broadcast button that enables you to link towards connected devices including smart TV, Apple TV, and speakers, among others.

Elmedia Video Player supports a lot of file formats too. These include WMA, M4A, MP3, M4V, and a whole lot more. It can even work as a video player as well. That’s why it’s one of the best music players for Mac and an excellent media player overall. 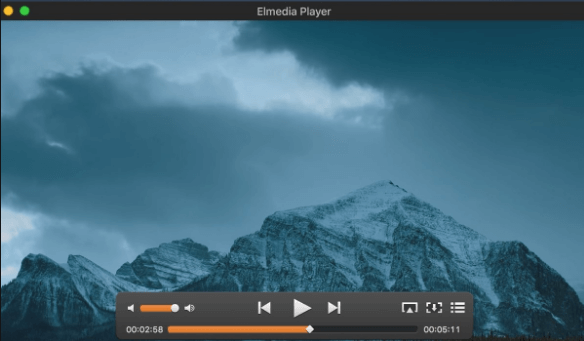 This is one of the best music players for Mac that smoothly integrates with the most updated macOS features. For instance, it has a theme within its interface that allows integration with the Dark Mode. Plus, you can watch picture-in-picture simultaneously while doing other activities.

Lina supports a lot of features of the macOS. For example, the Touch Bar of MacBook Pros is supported. In addition, controls can be made through the trackpad gestures. Aside from that, you can run online streams including YouTube playlists with the tool. This is a great tool to look for if you’re searching for something unique. It’s open-source software so you can expect more features in the near future once the community progresses.

This best music player for Mac supports a lot of file types including CUE, MP3, APE, and FLAC. It supports a lot of high-resolution music files allowing you to connect your Mac to a really large speaker system. It has great intuitive controls for both iPhone and Mac. Plus, a variety of optioning for tweaking playback is made available by the tool.

Aside from having a free version, it has a premium, paid package where you get access to that of the music cloud of Vox. This enables you to sync tracks between iPhone and Mac devices. It’s great to have if you use these two devices a lot. The paid version also includes more features such as an Internet radio.

This is another best music player for Mac that allows you to search for downloaded music categorized into genre titles, album covers, artist photos, and a whole lot more. You can simply select an icon and then a pop up of your playlist will appear. In addition, it has a shuffle option allowing you to move through each music track seamlessly. Shuffle options include semi and full-fledged (real). The interface looks like a traditional Mac. Plus, it’s easy to understand and navigate. Its latest version allows the support of Dark Mode of macOS computers.

This best music player for Mac is open-source. However, it doesn’t stop from being just that. The tool has incorporated a lot of features over the years. These features can be taken advantage of by users for free.

Clementine is the best music player for Mac that can play a lot of things. It can play Internet radio, it can run CDs, and you can switch between the two if you need it. Micromanagement features are plenty as well. For instance, there are dynamic playlists and smart playlists. You can also use it to download artist biographies and album art. Desktop notifications are even supported by the tool. The interface looks a bit traditional. The learning curve can be quite steep. However, because it has a lot of features and options within it, Clementine is still a great music player to enjoy. 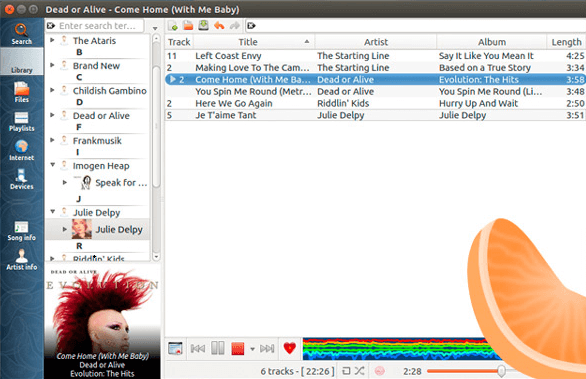 The best audio and video converter you can get is here! It comes in the form of iMyMac Video Converter. This helps convert audio and video files into other formats allowing you to use them on a range of devices.

In addition, it has video editing and enhancement features if you like to tinker with your homemade videos as well. Plus, it supports hardware acceleration technology such as NVENC and NVIDIA CUDA to help you save processing power and convert at very fast speeds.

The tool supports different resolutions from standard resolution to 4K resolution. You can also use it to upscale from a lower resolution to a higher one to make sure your video looks great a lot of file formats are supported so you wouldn’t be disappointed with this tool if you get it.

Here we have discussed the best music player for Mac. We have given you the features you should look for in a music player. These include format supports, personalization, local file streaming, fine-tuner, equalizer, high-resolution playback, and support for multiple formats, among others.

The list of the best music player for Mac includes Elmedia Video Player, IINA, Vox, Musique, and Clementine. This list is not exhaustive but is considered to have great options within them. Finally, you can use iMyMac Video Converter in order to convert audio and video files from one format to another. This is a great tool to help you with audio and video conversions. Get it now!