/ Mac Tips / Why Are Macs Bad for Gaming? [Reasons & Recommendations]

Why Are Macs Bad for Gaming? [Reasons & Recommendations]

Who doesn’t want a Mac? Everybody does. Well, except for gamers. If you’re a serious gamer, you’re probably not playing on your Mac. That is if you even have a Mac.

As a serious gamer, you already know the answer to the question, why are Macs bad for gaming? You pretty much know the reasons why you can’t play the games that you love on a Mac.

However, do you know that there is now a way for you to enjoy the games you love on your Mac? Stick around and you will learn more about it here.

For the sake of the others who don’t know the answer to the question, why are Mac bad for gaming, well, there are three reasons why. Read on to learn more about them.

Article GuidePart 1: Reasons for Why Are Macs Bad for GamingPart 2: Cloud Gaming is Now Possible on Mac Bonus Tip: A Powerful Tool to Optimize A Mac Machine for Better Performance

People Also Read:How Speed Up Mac for GamingHow to Uninstall Steam on Mac EffectivelyThe Fastest and Complete Way to Uninstall Minecraft on Mac 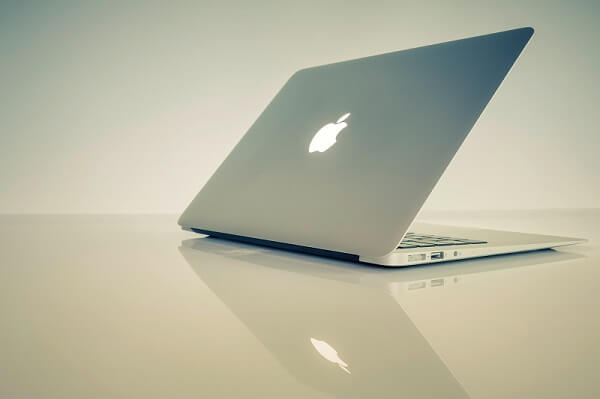 Part 1: Reasons for Why Are Macs Bad for Gaming

Reason #1: Macs Were Not Marketed as Gaming Machines

Let’s walk down memory lane. Did you know that Mac was actually known to have some awesome games in it? Yes, it’s true. During the 80’s that was exactly what the scenario was for Mac.

All that changed when Apple decided to rebrand itself. They started to position themselves as a more serious brand in the market. They wanted to go beyond the fun and learning functions of a computer so that they could be taken more seriously. Hence, they downplayed the concept of gaming in their culture.

Apple just didn’t want to be known as a fun machine in the business. They didn’t want people in the workplaces to end up playing games on their computers.

Over time, it was realized that the workplace didn’t really need serious computers. As long as the computers were functional, they were good to go.

As Windows made its way in the workplace, it also created and developed APIs (Application Programming Interfaces) so that it was easy to program a game for Windows. That pretty much paved the way for PCs to enter the homes, with parents focusing on productivity and kids focusing on games.

As that was happening, Apple was still focusing on how to position themselves as serious machines in the market. With the market gearing towards PCs for gaming. Apple was pretty much able to appeal to a different kind of audience, which obviously did not consist of serious gamers.

Reason #2: Hardware Is Not Powerful Enough for Gaming

No one can deny that Apple products are awesome. However, not everyone can afford them. They’re pretty expensive, right?

So, why are Macs bad for gaming? When it comes to gaming, the hardware is king. It needs to be able to support powerful graphic cards that can run games.

Sure, the processors of most Macs are pretty good. Only the Mac books, specifically the Mac Book Pro has a Quad-core Processor. Yes, the displays are awesome as well on almost all Macs. When it comes to RAM and storage, they’re not bad as well. As a matter of fact, both Mac Books and their desktop versions are pretty good in terms of RAM and storage.

There’s just one thing that horrible in Macs when it comes gaming and that is the graphics. Most Mac models rely on integrated Intel graphics cards that are underpowered. Needless to say, integrated graphic cards aren’t great for gaming. Even with the best APUs, they’re just not going to work well at all.

Even if iMacs have their own dedicated graphic cards, they’re still not able to run a lot of games. Since Macs are more expensive than PCs, it makes it a very odd choice for gaming. PC is definitely a more affordable choice and it performs very well for gaming.

So why are Macs bad for gaming? Well, the answer is that their hardware is not cut out for gaming. It’s not powerful enough to run all the games for the serious gamer.

This is not to say that Mac is an inferior product because it definitely isn’t. It’s just not designed for gaming.

Reason #3: Macs Are Expensive to Upgrade

Serious gamers are always upgrading their hardware. The reason for that is because games are becoming more and more advanced. So, the next generation of games will always need more powerful hardware.

Unfortunately, Macs are not upgradable. They can’t be torn apart for the sole purpose of running a game. An attempt to do that would cost a lot of money. Hence, is the reason why serious gamers do not consider the Mac as a gaming machine.

So, a Mac may not be an ideal machine for gaming. However, it could be used for cloud gaming. Now, what exactly is cloud gaming?

Cloud gaming allows the gamer to have external accessibility to a computer or PC that’s on the cloud. The gamer uses the processing power of his or her Mac so that he or she is able to play some games. 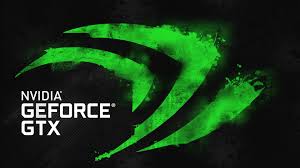 For serious gamers who want to experience playing on a Mac, here’s how GeForce Now can be set up.

The performance of GeForce Now is very impressive. It can run a lot of games with very low latency experience.

Considering the fact that GeForce Now is still in the beta stage, it’s just going to get better when it’s finally released.

Since GeForce Now is still in the beta stage, it’s still free of use. When it’s fully launched, it’s going to come with a monthly fee.

Bonus Tip: A Powerful Tool to Optimize A Mac Machine for Better Performance

Thanks to GeForce Now, it’s now possible to play games on Macs. Since there is no need to download any games with the GeForce Now, any Mac machine can be used to run any kind of PC games. Cloud gaming through GeForce Now levels up to the gaming experience on Mac.

The answers to the question, why are Macs bad for gaming, are pretty evident now. There are a lot of reasons why Macs aren’t ideal for gaming. One could also surmise that Macs are really not meant for gaming.

The good thing is, there is now a way to play more games on Mac. Thanks to GeForce Now, cloud gaming is possible on Mac.

With the PowerMyMac software, any Mac machine can be optimized for the better cloud gaming experience.